The Chocolate Factory was established in 1888 by Baker Chocolate. They manufactured 20,000 lbs of chocolate a day until 1924 when refrigeration allowed them to ship greater distances. Consequently they closed many local factories.

Red Hook’s factory was sold to the Walker Candy Company in 1924. The company closed in 1932. The Chocolate Factory later became a cold storage warehouse for the locally-grown apples, peaches, pears and grapes. After the 2nd WW it was converted to frozen foods, mostly concentrates and Ma Wagner’s TV dinners.

The building was abandoned in the early 80’s. In 1995, The Chocolate Factory was resurrected by Dr. George Verrilli and made into office and retail space. 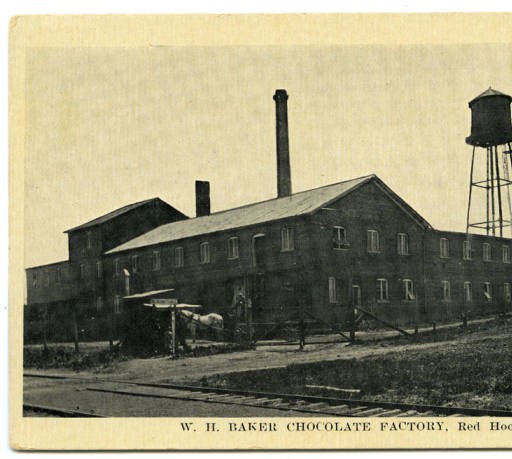